We need to be ready.  Ready to go where and when God calls us.  Like Abram.  God called him.  He went.  Did he build a big, fancy house?  No.  He lived in a tent.  Abram was looking for not for an earthly city, but the heavenly city.

We need to be what God wants us to be.  Who made the nations?  God.  In Australia - we are Aussies.  That's who God wants us to be.  In Australia part of who we are is that we respect our leaders but never make them out to be 'gods'. In the past you can come to Australia from another culture and we accept YOU and you can come and live in Australia and become a part of the Australian culture.  It is saddening that this has been undermined where Australians are being subtly told they must accept the person's culture and lose own own. 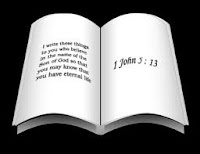 In this, the Age of Reason, many people want to know about God but not know God. The Age of Reason is focused on information.  I can know about you but there is a difference in knowing you.  There s a loss of real truth and the world is becoming increasingly irrational.  People are all equal because God the Creator made us this way.

Sublte, almost truths are told.  Half the story is presented.  But if God's story is told, this current age doesn't want to hear it.  Their own version of what 'truth' is, doesn't match what God says.

We need to make sure that the heart of Australia becomes good soil again.God's people need to stand up and  promote the Truth of God's Word.  Don't just make believers - train disciples.  Allow the Holy Spirit to work.  Proclaim God's Word.